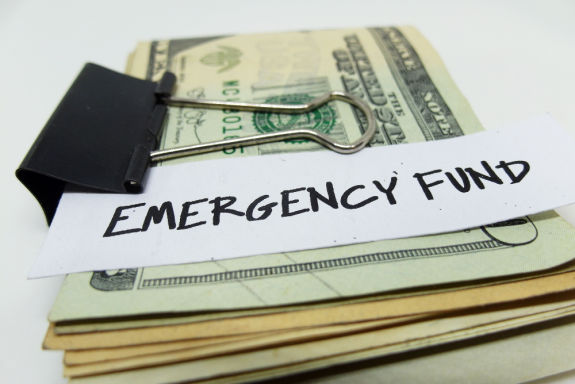 Maybe you’re one of the people who went through mass layoffs in virtually all industries in 2022. Maybe you’ve made a New Year’s resolution to become more financially stable in 2023. You might even be worried that this is the year that the economy will truly enter into the recession that many have predicted for quite some time.

Regardless, many surveys have shown that most Americans are living paycheck to paycheck and don’t have any type of a “rainy day fund” at all. In fact, one estimate puts it at roughly three out of every five people. Naturally, this can cause quite a bit of stress – especially given the general unpredictability of everything going on in the world.

Thankfully, all hope is not lost. If you want to relieve stress, the most important step you can take is to start building your emergency fund as soon as you’re able to – and it’s a lot more straightforward of a process than you might think.

The first part of constructing your emergency fund comes by way of the realization that you are very much not alone.

As stated, a significant number of people are currently living paycheck to paycheck. But that also includes nearly half of people who are earning six figures or more. Part of this has to do with the consistent level of inflation that has been eroding wage gains for quite some time. Another major contributing factor has to do with how real average hourly wage earnings are down approximately 3% from a year ago.

No matter the reason, it’s something that a lot of people out there are focusing on – particularly when it comes to their New Year’s resolutions. Another recent study indicated that about 31% of people said that they were going to increase their emergency savings in 2023. This beat out other important financial-related matters like buying a new car, saving to buy a home, or hosting the wedding that they’ve always dreamed of.

To actually get to the point where you can start to build up that emergency savings fund, there are a few key things to keep in mind. For starters, you should take advantage of any opportunity to reduce your monthly bills. Obviously, you should go through and cut everything you don’t explicitly need. You may like having multiple streaming services, but if you only use one in particular you can easily get rid of the others without necessarily feeling like you’re losing out on anything.

But for the rest of your bills, try to shop around to see if you can find a better deal elsewhere. Likewise, you could change to a less expensive plan on subscriptions and things of that nature. This is very much one of those situations where a little effort goes a long way.

Likewise, you’ll want to use this as an opportunity to reassess your credit card habits. It’s no secret that prices were higher than normal during the holiday season in 2022 and many people have been taking on larger amounts of credit card debt as a result. In addition to cutting back on your spending, you should call your credit card companies and try to ask for a lower interest rate. The worst they can say is “no” but if they say “yes,” you’ll be able to pay off those cards faster and keep a lot more money in your pocket at the same time.

Another viable way to start building (or rebuilding) that emergency fund involves selling what you aren’t using. We all have things in our lives that were once important that are now an afterthought. Maybe you haven’t worn one particular outfit in over a year. Maybe you have a collection you were once passionate about but now rarely interact with. Take a look around your life and see if you can find those items that you would be willing to part with forever. At the very least, you’ll make a bit of additional money to help that emergency fund get started. In the best-case scenario, you’ll be able to use that money where it can generate the most value in your life – like by paying down those credit card debts sooner rather than later.

If you’d like to find out more information about how to relieve stress by way of an emergency fund in 2023, or if you’d just like to talk to someone about your own needs in more detail, please don’t delay – contact us today.