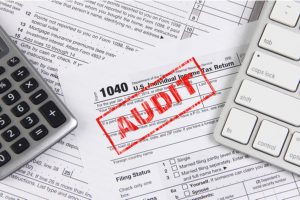 Tax time can be one of the most hated times of the year. Just preparing the forms is enough to be an irritant, and if you owe the government money there’s a good chance that you’re downright annoyed. But neither of those things compare to the feeling that accompanies an envelope bearing an IRS return address, alerting you to the fact that your taxes are about to be audited.

The truth is that audits are relatively rare in the United States. As much as people fear them, the IRS reports that between 2010 and 2018 only 0.6% of individual tax returns resulted in an audit. That may make you feel better, but statistically speaking that still means that more than 250,000 taxpayers had to go through the process. In many cases the audit process could have been avoided had the taxpayers simply known what we’re about to spell out for you – that there are specific triggers that send up IRS red flags and frequently lead to an audit process.