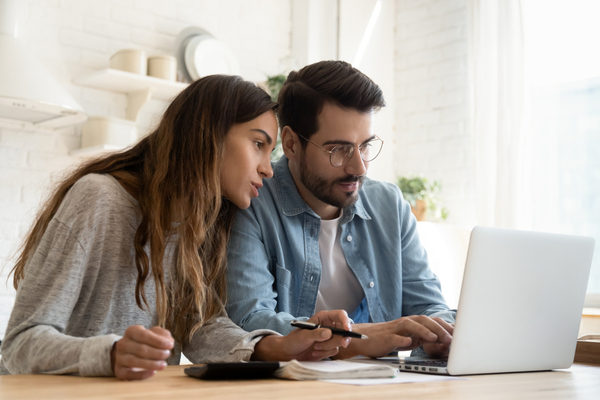 Obviously, the still-ongoing COVID-19 pandemic has been a major challenge for all of us since it kicked into high gear in March of 2020. In the months since, millions of people have found themselves out of a job and the ones that remained were suddenly faced with working remotely for the foreseeable future.

Even though a vaccine is in the process of being rolled out and a proverbial light at the end of the tunnel seems to finally be in sight, there’s no denying that the impact of the pandemic will continue to be felt for quite some time. Case in point: according to one recent study conducted by the Mortgage Brokers Association’s Research Institute for Housing America, about five million Americans were unable to make their rent or mortgage payments on December of 2020. To put this into context, that number translates to more than 5% of all renters and mortgage holders in the country.

COVID-19 and a Potential Mortgage Crisis: What You Need to Know

In addition to the significant numbers outlined above, the same study indicated that about 2.3 million additional renters and 1.2 million mortgage holders themselves believed that they were at risk of eviction or foreclosure. Many were worried that they would be forced to move out of their current homes at some point within the next 30 days, pointing towards heightened anxiety that is only adding fuel to an already difficult situation for so many.

But while these numbers may seem shocking to many, it’s important to understand that they do actually represent an improvement from the way things were in the spring and especially during the summer months. In September, for example, about six million households missed mortgage or rent payments – representing about 8.4% of renters and 7% of mortgage holders.

However, it’s difficult to say that nobody saw this coming. During the initial months of the pandemic when the vast majority of jobs were shut down, the economic damage was already being predicted to be catastrophic. All told, about 9.3 million jobs were lost during the course of 2020 – accompanied by the biggest rise in the poverty rate since the 1960s.

Overall, there were a number of fascinating lessons to be learned from the study. First off, it seems as though the owners of rental property are feeling the biggest effect from people who can’t pay rent. It was estimated that they lost a combined $7.2 billion in the fourth quarter of 2020 alone, due in large part to missed rent payments. While it’s true that this was a decline from the previous quarter, it’s still a massive number that could paint a harrowing picture of the weeks and months ahead. For the record, losses from rental property grew to a combined $9.1 billion in the third quarter.

Likewise, it seems that the COVID-19 stimulus programs instituted last year are a big part of the reason why this problem isn’t somehow worse. Experts agree that direct stimulus checks, enhanced unemployment benefits and the various rental assistance and mortgage forbearance efforts have allowed people to remain in their homes for as long as possible. Obviously, the federal eviction moratorium helped a great deal, too.

The number of people receiving unemployment insurance benefits has also trended downward very slowly. Among renters receiving UI benefits, the number grew from 3% at the beginning of April to a steady 7% by the end of September. In December, that number dropped to 6%. It has remained at about 3% among mortgage holders since the beginning of April.

All told, there are a number of important takeaways from this report – including the larger idea that things are, slowly but surely, declining from their mid-pandemic highs in a lot of key areas. Hopefully, the distribution of multiple effective vaccines will both slow the COVID-19 pandemic itself and continue to help ease a lot of the economic burden that people are feeling. Additionally, the White House announced on February 15th a program to extend mortgage relief and a moratorium on home foreclosures through June.